I do not make a to-list for my husband.

I will make them all day long for the kids, but not for the husband.

From my understanding, that is not the norm. (What else is new for me?)

Do you want to know why I don’t make lists of things for my husband to do? Because who makes a list of things I need to do?

Anyone out there in the back row?

Seriously, who makes a list of what needs to be done for mom or wife?

No one. Mom or Wife make her own list.

Mom or Wife walk into a room, see something that needs to be done and (for the most part) does it. Or adds it to HER OWN LIST.

It is nothing magical, there is no science to do. So why do I need to make a list of what needs to be done for my grown ass husband?

My husband is an adult, who goes to work and pays his taxes. Our mortgage is paid, insurance is maxed out. He is a big boy. So why should I have to tell him to… example, take the garbage out? I shouldn’t have to. Grown ass man goes into the kitchen to throws something out, sees the garbage is full… he should be taking the garbage out without someone telling him to do so.

For me, that logic applies to just about anything else in the house.

You see the sink is overflowing with dishes… wash the fucking dishes.

The laundry is piled up, do the god damn laundry.

Simple logic. And I think it applies to all aspects of, and at any stage, of life. How will people learn if you have to keep after them to do something?

I have had this conversation with my husband. I have explained my logic. Whether he gets it or not… I do not know. But I will not leave a list of things for him to do. He is not a child.

I will leave lists for my children because they need to learn. My job is to send them out into the world as prepared as I can make them. Which includes recognizing when they need to pick up after themselves. I keep telling them their future roommates or life partners will appreciate these lessons I am TRYING to teach them.

My husband recently told me about a conversation he was having with a co-worker who was surprised to hear that I do not leave a list for my husband of things that need to be done. I just kind of chuckled. My husband said he responded saying he wished I’d leave him a list…

I didn’t say anything but I was wondering….why?

I have told you on multiple occasions what I would like done… which falls into the camp of what needs to get done also.

Explain to me why I need to time out of my day, to make a list for something I have already conveyed, most likely, several times already something that I would like done. 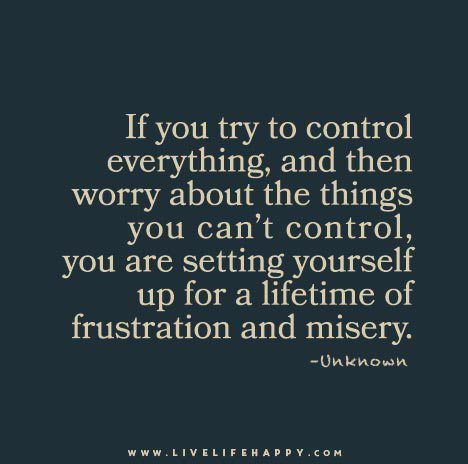 What really burns my britches (Yes, I am British suddenly) is when I ask someone to do something and it does not get done. So now not only is the thing I would like done, not done. Which can cause stress in itself because I asked someone to do it for a reason? But now I am angry on top of that. And at the end of the day, it is just not worth it.

With this logic, I will never be making honey-do lists for my husband. Compared to some stories I hear, he should consider himself pretty lucky… At this point, I can only hope that BOTH of my children grow up not needing someone to make a list for them of what needs to be done. Yes, I secretly hope they hear me in their head telling me to pick their shit up at 40 years old.

Photo by Glenn Carstens-Peters on Unsplash