I am still struggling as to what to call this weekly recap of mine so bear with me. I do enjoy sitting down at the end of the week and kind of wrapping up how I’m feeling and what happened.

This Sunday, I am quite tired. I have been tired all week. All week it as felt like I just could not catch up. I’m going to say it is due to the fact my schedule was all over the place.

The first half of the week I worked evenings, the one day of my regular shift and Friday I took off.  Also, as always, there was a lot of unnecessary drama at work.

Who was replacing the girl that was leaving?

Not understanding why someone was not getting paid out on accrued time.

It quite literally, never ends and I am not entirely sure why.

Overtime is optional, you don’t want to work it – then don’t.

Why are you worried about who is replacing the person that quit, it does not affect you in the slightest.

There’s a contract baby, read it.

I somehow chipped my tooth this week.

I was eating my tater tots after a night shift and all of a sudden it felt like I had something stuck behind one of my front teeth. Nope. It was just a chunk of my tooth missing.

I am thankful for dental insurance because it was not a thought for me to call the dentist up, make an appointment and get it fix.

It took longer for me to drive to their second office (because of course they were not going to be in their main office for the rest of the week) than it was for them to fix it.

My parents like to remind me all the money they spent on my teeth growing up so I do not mess around with the care of my teeth.

I have been wanting to tint the windows of my car. And when I mentioned it to my husband (because I wanted to tint my last vehicle’s windows as well) he expressed his dislike of tinted windows and ultimately ending with, it’s your car. So I decided I was going to tint the windows after we got back from vacation so he would not complain about them while we were away.

So this week I made an appointment to get the windows tinted next week.

I just like the way cars look all tinted out. I’m nowhere near as “cool” as most people with tinted windows. #AllBlackEverythang

I spent the last few days going back and forth over the decision. The thing is, tinting the front windows of a passenger car is not only illegal in NYS but it is also now part of the inspection process. So my car, being a year old, could fail inspection because of the windows and I would either have to remove the tints or try another shop. And I just do not have the time or the patience to drive around looking for a shop, and repaying inspection fees just to get it to pass.

Almost all of the guys at work have their windows tinted and could recommend a shop to take my car to… but I have awful luck. And I do not want to name drop. And overall there are more things bothering me about the whole thing than the aesthetic pleasure I would get from it.

When I was younger all my cars had tinted windows and I dealt with the tickets if and when I got them. But having to pass an inspection now… NYS is so annoying.

I spent the weekend going back and forth over it and I think I am just going to cancel the appointment. I hate that for the most part, I do the right thing. I do not want to feel like I owe someone something for doing me this favor. I do not want to know that a shop could be fined because of passing my car that legally does not pass inspection. Ultimately, if it is causing me this much stress its not something I should be doing; I clearly do not feel good about it.

With all that being said, if NYS ever decides to overturn that inspection thing, I will wait till then to get my windows tinted. (By then the car will be quite a few years old and it won’t be worth it) 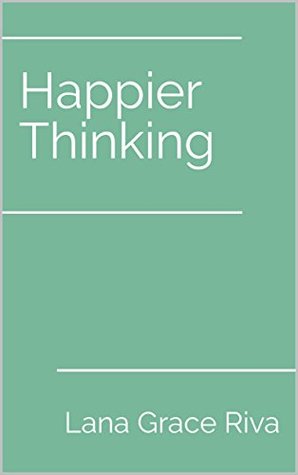 This week I also got my SECOND book review request via this page.

It’s a pretty basic self-help book, and its short; it’s great for non-readers.

Review will go up later this week (hopefully).

Friday, I took the day off and went with my dad and the kids to New Jersey to the Science Center.

It was fun, but the thing with my dad is… he is in and out. He wants to go do what he wants to do and leave.

The way I see it, if you’re going to spend a few hours traveling somewhere you should spend a significant enough amount of time there.

But overall, everyone had a good time. I especially liked being silly with the kids at the exhibits.